Get fresh music recommendations delivered to your inbox every Friday.

so delicate and strangely made

by in be tween noise 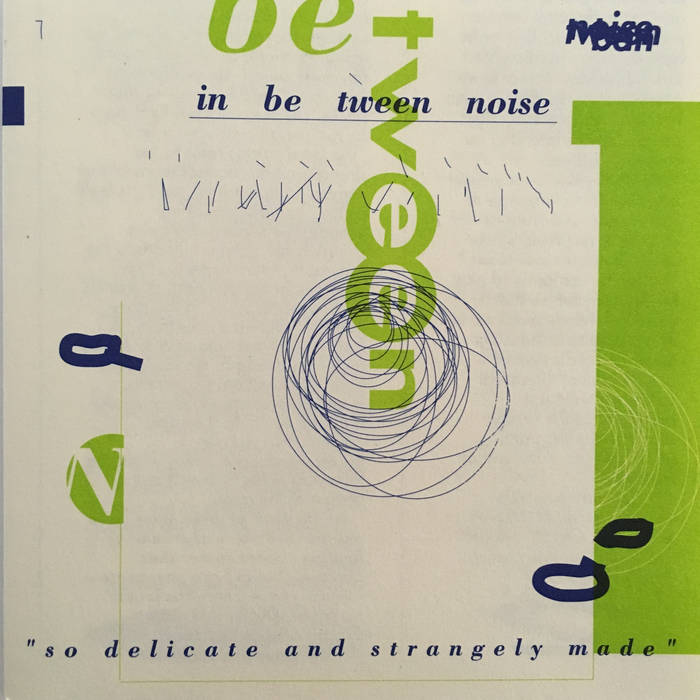 in 1993, i released my first cd, so delicate and strangely made, which was also the first release on my label, new plastic music. after 8 years or so of working on sound in my bedroom, and slowly filling boxes with cassette and dat tapes, i finished this body of work that somehow felt it was ready to go out into the world.

at the time that i was making this music i knew very little of the experimental music community – especially the local scene. it was a pre-internet time, and i generally discovered music through small record stores, zines and folks who did mail order (such as wayside music, who were the first folks to order copies of my first cd). at that time, i didn’t really have any contact with other sound artists, nor did i really have any idea what that term meant. my entry into so-called experimental music and/or sound art, was mostly through the “new music” community, mostly at concerts of avant-garde music and/or minimalism, and slowly discovering the growing noise scene.

while a lot of my early works (especially on this record) were influenced by composers/musics such as steve reich, meredith monk, stephan micus, harold budd and arvo part; i was also beginning to listen to folks like eric wallo, piero milesi and a bunch of japanese artists – all of whom uses electronics, synths, and acoustic instruments together. i also began to discover record labels such as new albion, what/next and subrosa. in a way i was struggling to find a context for my work and a community that i might engage with. in truth, my work didn’t fit comfortably into a specific aesthetic. while the noise scene was very kind to me, my work was generally melodic and always quiet. i suppose that, like the punk scene, the noise scene was open to a variety of experimental languages, and it was a very vital and supportive scene in the early to mid 1990’s.

aside from all of this history, the most important influence in terms of finding a context, was the discovery of the broken music catalog, offering concrete evidence that there was a connection (and history) between visual arts and music. ultimately, it was the discovery of jean dubuffet’s writings about his own music, in the broken music catalog, that influenced my own sound works the most. (and yes, the liner notes not the music, which i wasn’t able to hear until 10 years later…)

this group of works certainly came out of the conversations i was having in graduate school. trying to imbue fluxus scores with a feeling of rilke, and vice versa. i created text scores, determined actions, physical movements, etc. in the same ways that i was, at the time, making paintings. for example, i made a painting for eric dolphy called mouthpiece that was painted entirely with the bruch in my mouth; and for this cd i performed various recordings with a violin in the same physical situation (lying on my back on the floor) as a man in a painting receiving a revelation from an angel. another piece – cycle(re) involved saving every recyclable object for a month, and then using each object at least once to make sound in the overall recording. these were tepid steps in terms of scoring, but they allowed me to make sound and/or sound decisions differently. this was clearly the beginning of everything i would evolve into…

with boxes of cds crowding the apartment and no idea what to do with them, i discovered a copy of nd magazine at a newsstand, and i sent a copy of the cd to dan plunkett who was kind enough to call me, and told me to contact eric at anomalous records in whittier, which was only a 40 minute drive from my apartment. eric was certainly the first person to support my sound work, and he was gracious enough to tell others about my work. he also invited me to perform at the store during a thanksgiving 3 day festival. which was the first time i performed this kind of music live. had it not been for eric, very few people would’ve known about my sound work .

i designed the cover of the cd on small mac se, under the influence of emigre magazine and the nascent possibilities (and languages) of early macintosh computer design. these tracks were recorded with a fostex 8-track reel to reel, and it would be 8 years before finally made music with the aid of a computer…

steve roden is a visual & sound artist from los angeles,
who pioneered the lowercase style of music; where quiet, usually unheard, sounds are amplified to form complex and rich soundscapes.

Bandcamp Daily  your guide to the world of Bandcamp

Damu The Fudgemunk shares his recent collab with Def Pressé, plus jams from Common and more